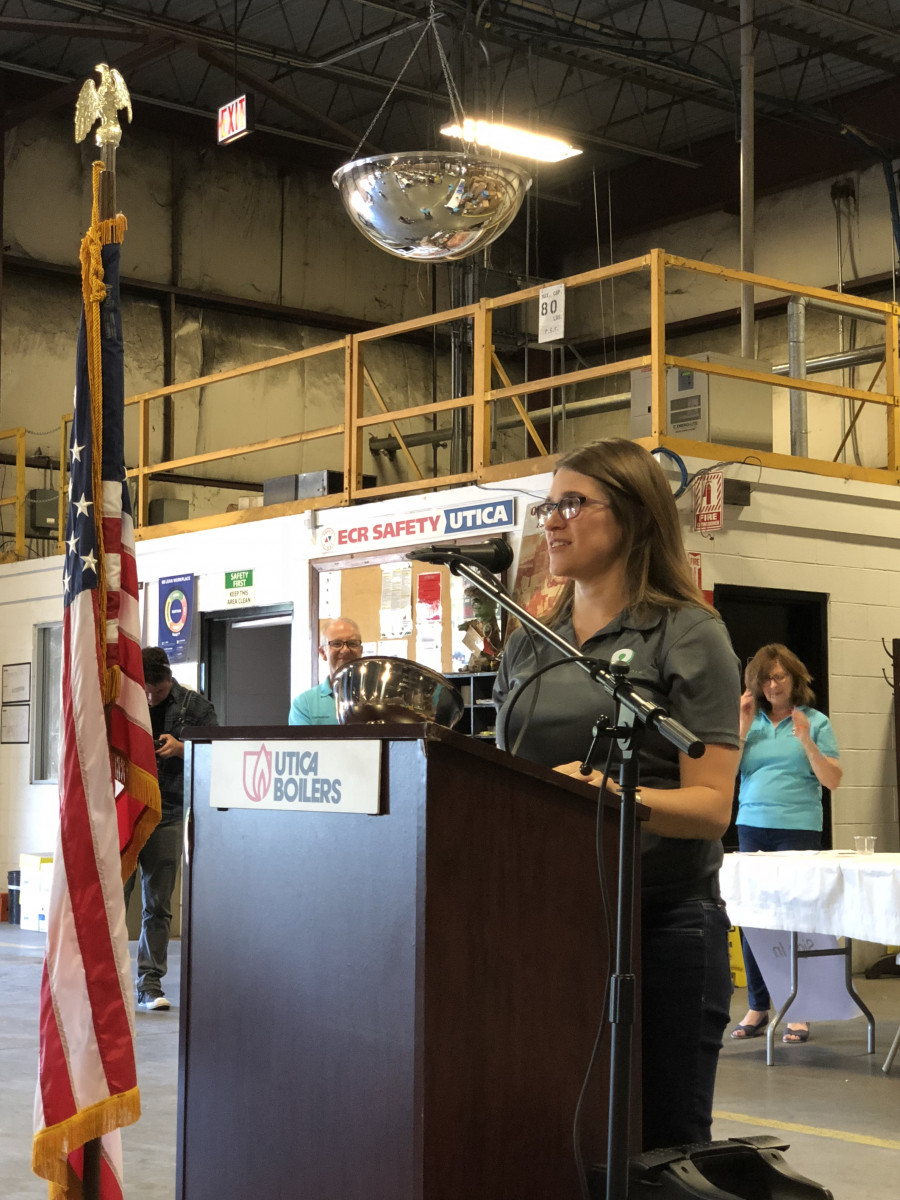 Quadsimia is proud to congratulate Web Developer Britney Whitney on receiving the 2018 Les Diven Award from the Boilermaker Road Race. The award was presented at this year's Boilermaker Commitee Meeting earlier this month.

The Les Diven Award is named for the longtime former sportswriter, who along with his wife Patti served for many years as a Boilermaker volunteer following his retirement from the Utica Newspapers. This award recognizes exceptional coverage of the race and its unique connection and value to the community. In an appropriately modern twist on the award, the 2018 recipient Britney Whitney is being recognized for her outstanding work in the social media realm.

Whitney leads the Boilermaker social media team responsible for covering the legendary event on race day and all throughout the year, including social media postings, contests, live coverage, and more. In addition to social media strategy and posting, Quadsimia has provided past services such as responsive web development, graphic design (Q's Rob Perry designed the winning 40th anniversary logo in 2017), and mobile app development (with the Boilermaker Results app).

Past recipients of the Les Diven Award include: