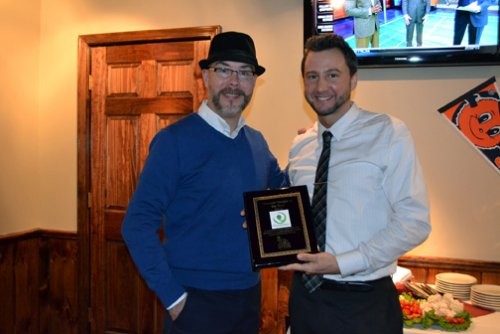 Indium Corporation's Marcom department selects a vendor each year to receive the Marcom Vendor of the Year award.

For the first time since its inception in 2006, two companies earned the award. Quadsimia was one of the recipients of the 2012 Marcom Vendor of the Year Award.

Indium's most visible, ambitious, complicated, potentially meaningful, and potentially dangerous Marcom project in 2012 was the redesign of their website, www.indium.com.

Over the course of several months, this project involved complicated new technology and had a high degree of difficulty, many changes, numerous moving parts, a large number of people, and a degree of visibility that went straight up to Indium Corporation's president, owner, competitors, and customers. This project took everyone out of their comfort zone and left all parties involved vulnerable to notable stress and risk.

Quadsimia was presented with their co-recipient award on February 6 at Swifty's Restaurant in Utica, N.Y. 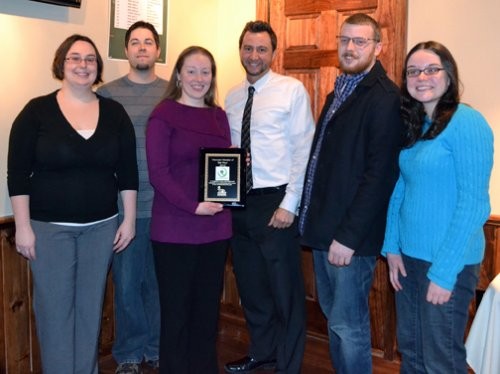