Which social media platform is right for your business? 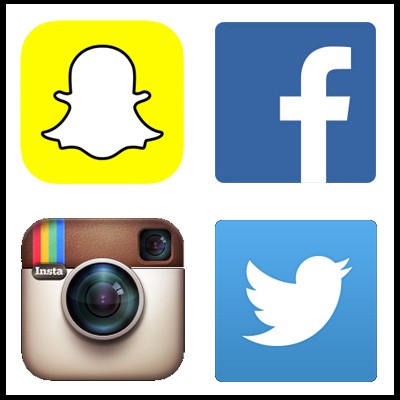 Data from January 2014 showed us that almost 75% of adult internet users use social media. As we continue into 2016, we can only assume that those numbers will keep rising. It’s no secret that businesses are cashing in on this trend, either. But is your business reaching its target market effectively? That all depends on who your target market is. Let’s take a look at consumers and which social media platforms they are using (the numbers may surprise you).

As of last year, 56% of Snapchat’s users were in the 18-24 age range. These numbers only accounted for adult social media users, but we also know that Snapchat has been immensely popular with teens since its inception in 2011. For those of you who don’t know, Snapchat is an image and video sharing app that relies on users sharing in-the-moment photos and videos (think selfies and funny videos). These messages can be sent to another Snapchat user, or published to what’s known as “My Story” – something that any Snapchat user can view as long as they’re following you. Did I mention that these messages self-destruct? Well, not literally. The user sets a desired amount of seconds that the photo will be displayed for when sending the “snap”, before “disappearing forever” (we all know the internet isn’t that forgiving- you can see the privacy issues that could arise from this). Businesses recently started joining in on this millennial money-maker – from Food Network to MTV and People Magazine. This is a great social media platform if you’re looking to share behind-the-scenes videos and photos with your customers, as well as special access to content that they normally wouldn’t get or see on another platform. Some companies have been promoting coupon codes that are Snapchat-only exclusives, or held contests that are for Snapchat followers only. There is one catch – as of right now, Snapchat analytics are very hard to measure. This will most likely change as more and more businesses (as well as adults) begin to join in on the snapping craze. In 2015 alone, Snapchat’s 25-34 years old user base increased 103%.

Like Snapchat, Instagram is a visual platform. It’s made for sharing and viewing photos and does not contain much traditional “content”. Unlike Snapchat, these photos or videos are collected on to a user’s profile or “gallery” for others to view (users can have a public or private account), and photos can be “tagged” using hashtags – tagging photos allows users to search for a particular “tag” or topic, like “skiing” or even recent events like “lollapalooza2015” – this can give other users an almost real-time look at an event that’s happening right now. Imagery is key with Instagram. And because advertising is still in its early stages, your ad can stand out very easily and be ignored because it simply “looks like an ad”. Instagram users love great photos and appreciate things like composition or interesting subject matter. If you’re going to advertise on Instagram, make sure you have a good photographer and use some stimulating photos. As of right now, Instagram advertising tends to be national and not local. This will most likely change as the app continues to gain popularity. Instagram does not include its own analytics, but there are services like SproutSocial or Minter that offer analytic services (for a price, of course).

Recently, Twitter has been seeing extremely slow growth and is having trouble keeping users engaged, but it’s still very popular. Twitter is known for its brief, to-the-point posts, or “tweets”. These tweets are limited to 140 characters – this is what has made Twitter unique from the get-go. And with over 600 million users, it seems like Twitter won’t be going anywhere any time soon. If you’re a business and you’re looking to share news about your company or brand, as well as connecting with customers directly, then you need to be on Twitter. Customers (whether satisfied or dissatisfied) will quickly make it known that they love or hate your product, and all it takes is one tweet. If your business is going to have a Twitter presence, then be sure to have someone managing it at all times. Why? Because the internet never sleeps. You want to be quick to respond to a customer’s needs (whether it be a simple question like “where can I find your product?” to “I had a really bad experience yesterday at your store in this location”). Twitter is great for public relations. Just make sure you can devote the time to managing it. Twitter also features analytics, so you can track how your posts are performing. Hashtags are also very popular on Twitter and can come in handy when promoting your brand or product. Think of some creative ideas for a new hashtag related to your brand/product, or join in on the fun with existing hashtags like #ThrowbackThursday or #TGIF.

Although its core demographic consists of 25-44 year olds, Facebook’s fastest growing demographic right now is people over the age of 55. Younger crowds still use Facebook, but are more apt to use other apps like Snapchat, or Instagram. Why? Facebook originally was created for college students back in 2004. Though that audience was widened to anybody years later, those same users are now 10-12 years older. The platform was new and exciting, and those users have stayed with it through the years. This means that more parents and grandparents are now using Facebook (which is part of the reason why many think younger users are straying to other platforms like Snapchat – they can be themselves and not have to worry about being checked up on or embarrassed by family members. And what are the odds that your parents are on Snapchat?). Still, Facebook is the leader in social networking sites, and your business is almost expected to be on Facebook as much as it is expected to have a website. Facebook is great for reaching your general audience and expanding outwards. If you are a business with no social media presence at all, then Facebook is a great starting place. The nice part about Facebook is that it comes with its own analytics. Using Facebook Insights, you can see what your most popular posts are, how many views there were, as well as clicks.

Not every social media platform is right for every business. That's why we're here to help!

Not sure which platform is right for your business? Speak with our social media experts and start getting social!

Are you a business that uses social media to reach its customers? What works for you? I'd love to hear your success stories. Shoot me an e-mail.